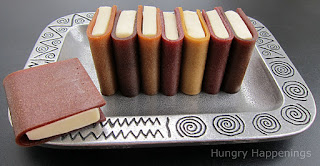 Chocolate is a sweet which has an extraordinary taste and is loved by many. It is also available in various forms. Besides being edible, there are quite a few interesting chocolate facts.

Chocolate is derived by a process whereby cocoa beans are fermented, dried and ground. The cocoa trees have pods which bare 20-50 cocoa beans. Interesting is the fact that not all cocoa beans have the same taste. These trees grow predominantly in Nigeria, Ghana and the Ivory Coast where the climate is warm and moist.

Chocolate also played an interesting role in Aztec culture, where the name was derived from the word cacahuati, which means 'bitter water. Probably because the made a bitter brew from it by mixing the cocoa with chilies, cornmeal and hallucinating mushroom. The Aztecs also believed that cocoa beans were a source of wisdom and power to anyone who ate due to its origin in paradise. Cocoa beans were also used as a source of currency by the Aztecs.

To some such as Emperor Montezuma from Mexico and the Italian Giacomo Casanova, chocolate was believed to have aphrodisiac powers. In fact the emperor drank a glass of chocolate before going to his harem. It could have seemed that way as chocolate is known to contain some feel-good stimulates such as caffeine.

In humans chocolate is known to be a good source of energy is often used by athletes to restore carbohydrates after a sporting activity. Even though it is high in fat, chocolate does not raise blood cholesterol. Theobromine, a stimulant found in chocolate is able to increase low sugar levels in humans, but is highly toxic to dogs and cats. Chocolate does not cause headaches or acne as many believe, and very seldom causes an allergic reaction.

Cocoa butter, the fat extract from roasted cocoa beans can be used as a massage cream and to make white chocolate which is devoid of caffeine.

Economically, about 600 000 tons of cocoa beans is consumed each year has a revenue of $20 billion per annum.

This remarkable substance has even found its way into movies and the literature. It was used as blood in the movie the "Psycho" and appears in the novel by Roald Dahl as well as in the novel by Joanne Harris.
So besides enjoying chocolate as a tasty snack, I hope you were also able to enjoy some of the chocolate facts that we shared with you.
Get to know more on chocolate facts.
Article Source: http://EzineArticles.com/?expert=Saira_Akhtar